Archive for category: Hero of the Month

Officer James O’Donnell’s was investigating a suspicious vehicle. He attempted to box the vehicle in and as he did the suspect vehicle accelerated, pinning his lower body between the drivers door of the suspect vehicle and the driver’s side of his police cruiser. As the suspect fled, Officer O’Donnell remained crushed between the vehicles and was dragged along the side of both vehicles causing him serious physical injury. Officer O’Donnell’s road to recovery will be long and arduous and as such will keep him out of work and in need of assistance for him, his wife and two small children. His recovery is expected to take over a year and many, many hours of physical therapy.

When heroes like Officer O’Donnell risk everything to keep us safe and need help, we ask all of you to show him and all like him we care and we will help. Please know that 100% of your donation will go to him. Please follow the link below to donate. We thank you and God bless all of our first responders and military.

We are so happy to have been able to help out Officer O’Donnell when he needed it the most. The events of that day were terrifying. We are thankful he is on the mend. God bless our first responders. We recognize your sacrifice and that of your families. 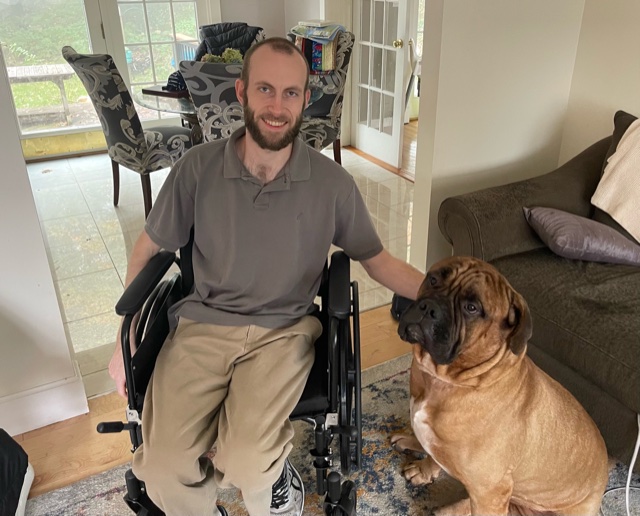 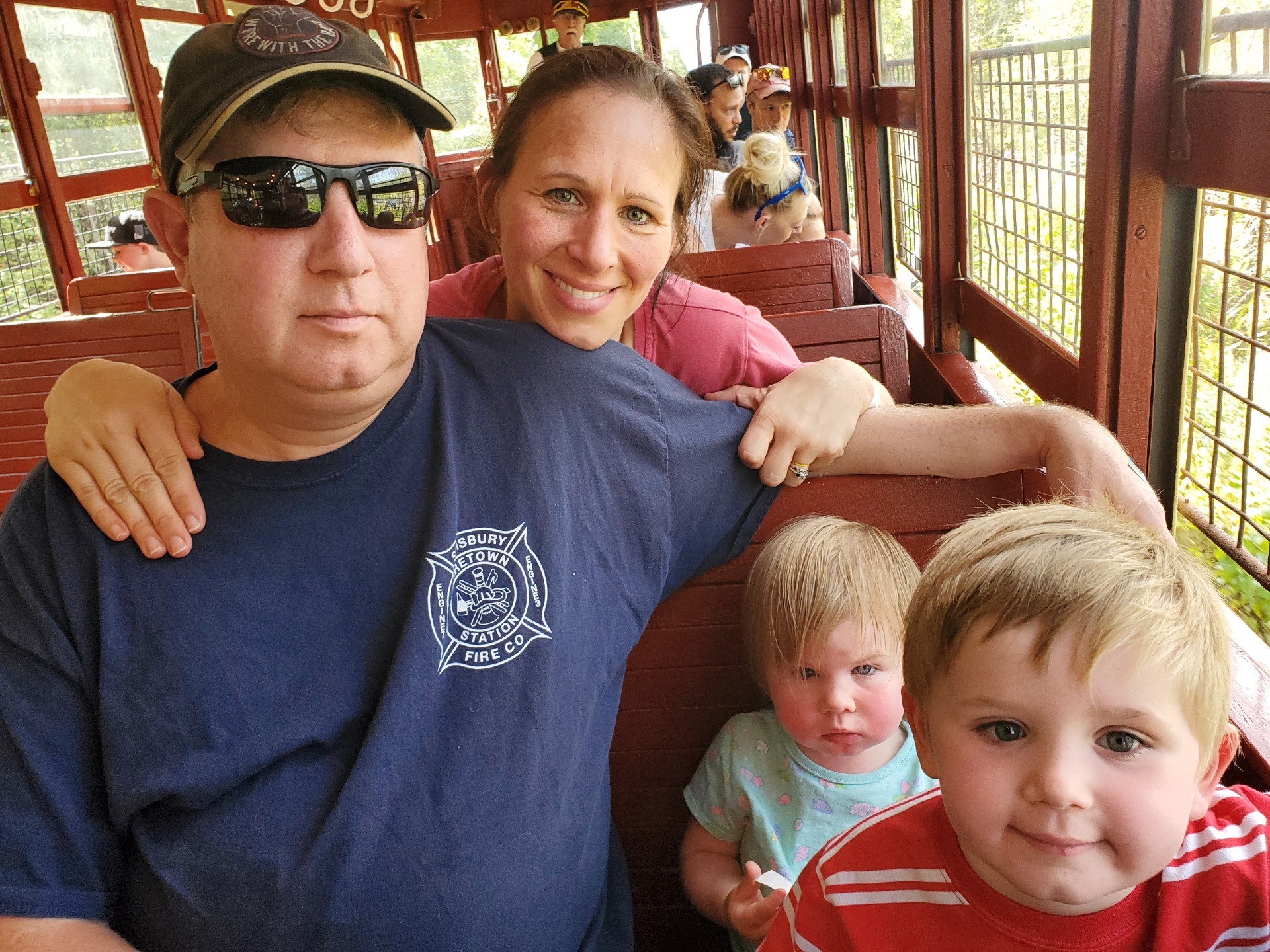 On October 2nd 2019, 13 people, including Simsbury Firefighter of 15 years, JT Huber, were on board a vintage B-17 Flying Fortress out of Bradley International Airport. Shortly after takeoff, engine #4 failed and the plane began to descend rapidly. The plane hit the approach lights at the airfield and then crashed, killing 7 and injuring 6, including JT. In the aftermath of the crash, JT was severely injured yet managed to crawl to the plane door, roll out onto the airfield and escape the inferno engulfing the B-17. J.T. `s clothes were on fire and with the help of another passenger who had escaped they were able to tear off his clothes and put JT out. JT escaped with his life , but in doing so he broke his back in 5 places, broke 2 ribs and had burns on 48% of his body. He was rushed to the Bridgeport Burn Unit and ICU, where he stayed for 2 months recovering. JT was released on Dec 18th and sent home to Simsbury where he will deal with the effects of this horrible accident for the rest of his life. JT has served with distinction for 15 years in the Simsbury Fire Department where he provides his expertise and time to his community trying to make sure everyone else is out of harm’s way during times of crisis. JT epitomizes what we here at Our Heroes Fund want to support and help: Heroes who need our help after helping us for most of their careers and lives. We ask that whether it be 1$ or 1000$, please donate to our Hero Of The Month JT Huber. 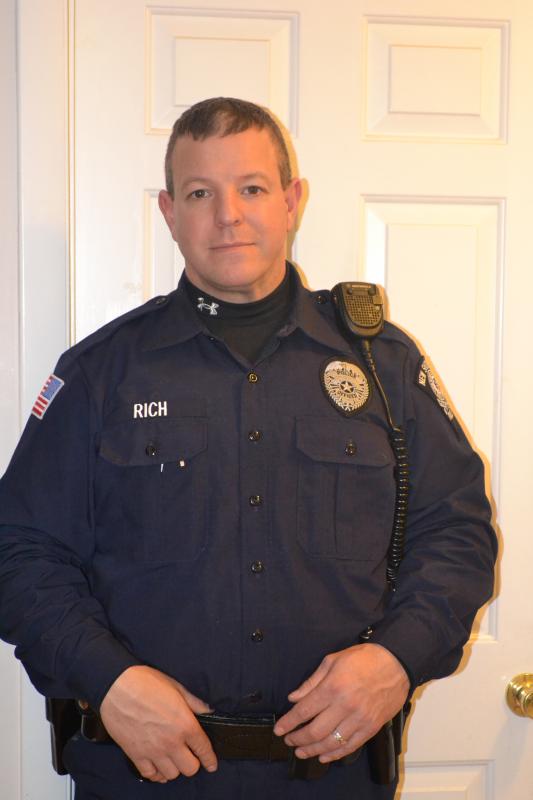 On 9/18/2018 Corporal Christopher Rich of the New Shoreham Police Department was dispatched to a male acting crazy. The suspect was screaming uncontrollably and incoherently. Corporal Rich and another officer followed the subject into a room, where he puts his roommate in a headlock. Police were able to separate the two but the subject became extremely agitated and a physical confrontation occurred. The subject was soaked in sweat and during the fight Corporal Rich’s hand slipped off him and into a frameless mirror. Corporal Rich noticed blood pouring out of deep cuts from his hand and with numbness, his right arm and hand became useless. Corporal Rich continued to fight despite this catastrophic injury. The subject was eventually placed in handcuffs and he was able to wrap his hand and apply a tourniquet to stop the profuse bleeding.

Corporal Rich suffered a life changing and likely career ending injury. He has had surgery and physical therapy to help regain function in his hand and more surgeries are planned. He has suffered major setbacks in his personal life and his financial stability is in jeopardy.

Corporal Rich is in need of our moral, spiritual and financial support. Any donation, large or small, would be greatly appreciated. 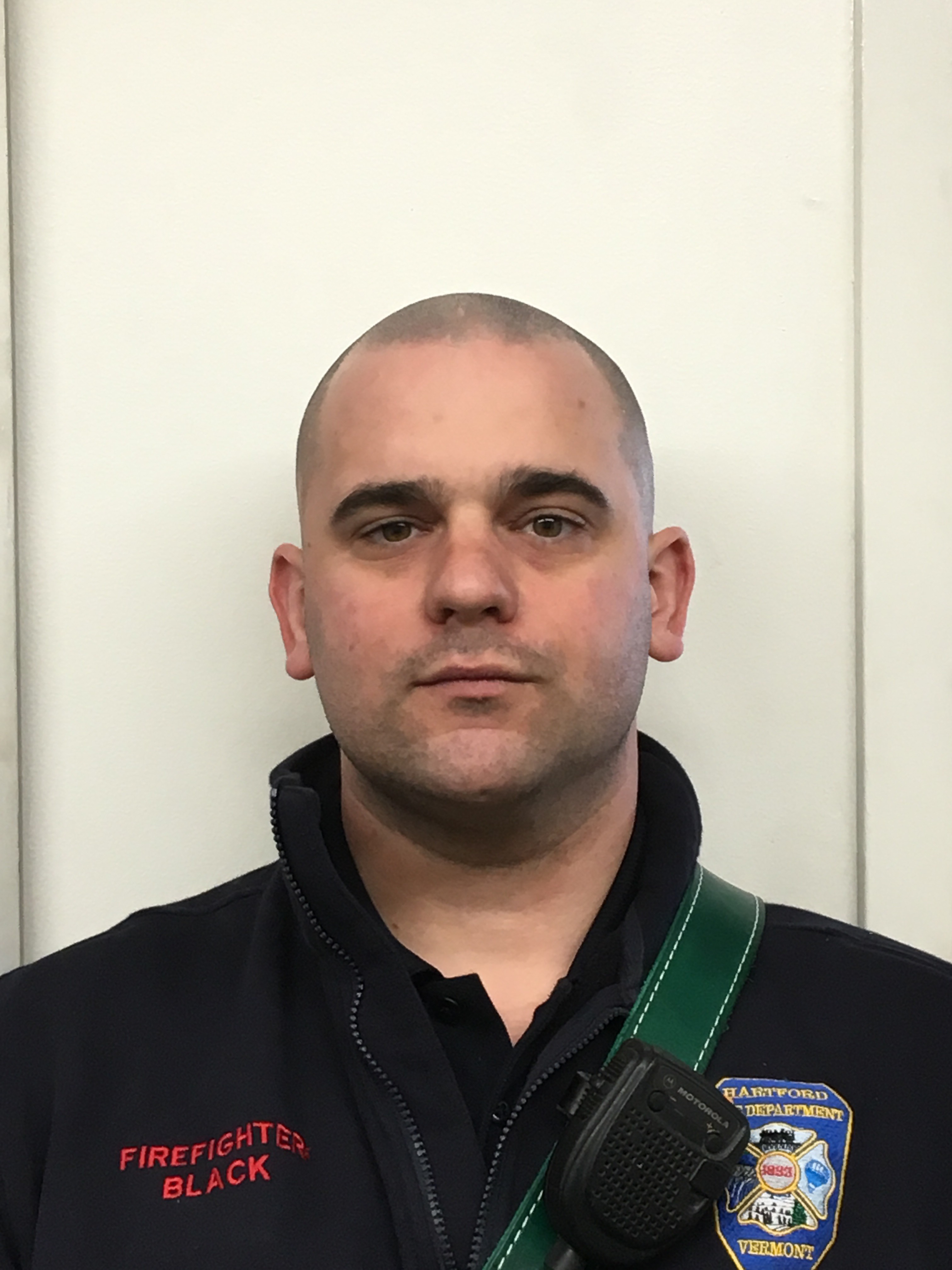 A brother Agent from the Department of Energy was critically injured in a traffic accident as the unit returned from training in Oklahoma. The DOE teams have competed in the Connecticut SWAT Challenge and their Agent is still hospitalized and fighting serious back and head trauma. Say a prayer for this warrior and friend.
http://blog.bluelineassociation.com/federal-agent-killed-in-oklahoma-crash/ 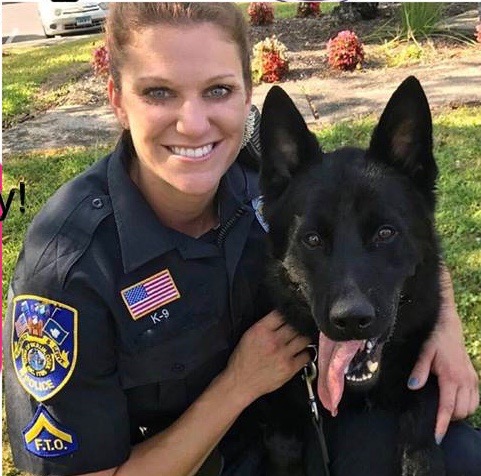 Officer Aimee Krzykowski is a Berlin Connecticut K9 Police Officer who is valiantly battling breast cancer. She is a 14 year veteran of L/E and someone who is a role model for female officers everywhere. All of us have been touched by Cancer in some form or fashion and we cannot rest until we beat this terrible disease that affects so many of our brothers and sisters in blue. Aimee will not quit nor will she let cancer take her love for life and police work. 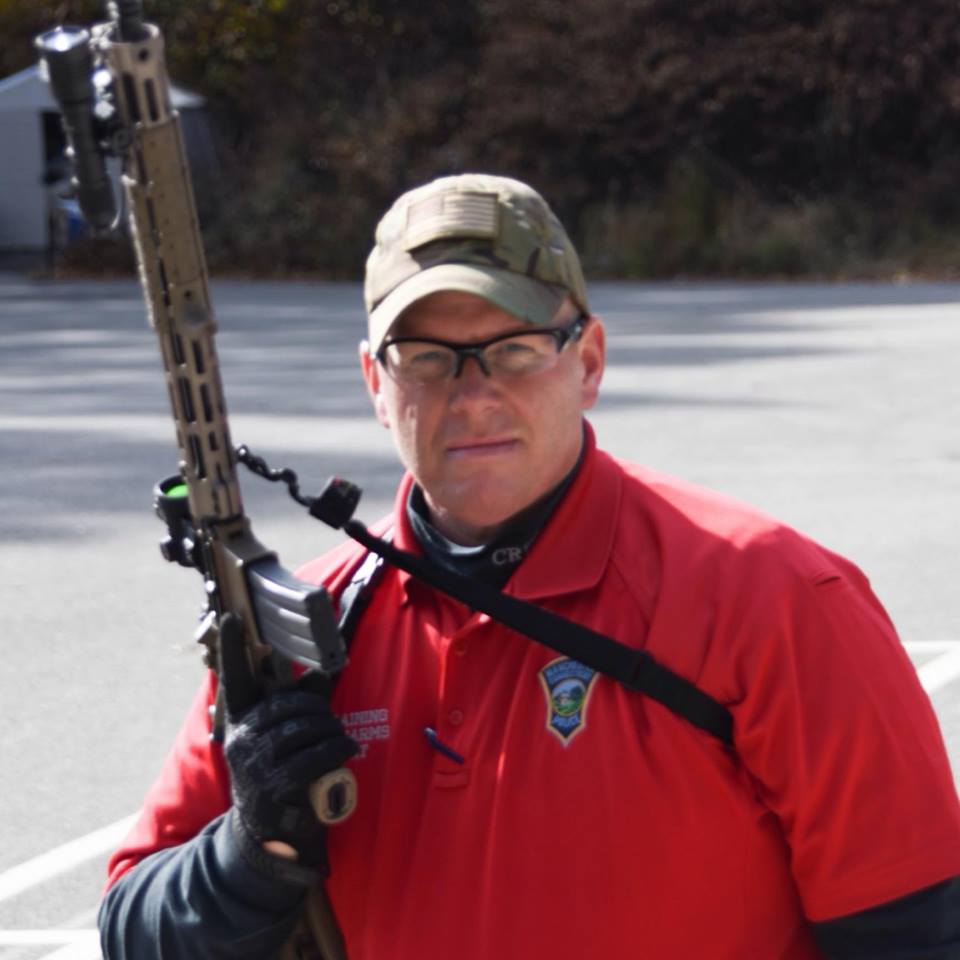 Sgt. Steve Bresciano is a veteran of the Manchester CT Police Department. He has competed in the Connecticut SWAT Challenge numerous times and been part of the winning CREST team. But now we must support him in his biggest fight ever, and those of us who know Steve, know he once again will be victorious. Steve is battling cancer and we know he has the support of an entire community behind him. He took on a role this last year volunteering for Our Heroes Fund and the Connecticut SWAT Challenge so we are lucky to have him in our ranks. 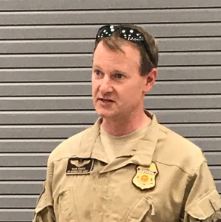 On August 22, 2018 U.S. Customs and Border Protection Agent Duane Tedesco, who is a pilot assigned to the Air and Marine Operations Division, was conducting a surveillance mission during the night hours. The Copilot was in the back of the aircraft conducting surveillance when the aircraft experienced total engine failure. Agent Tedesco immediate declared an emergency and told his Copilot to strap in the back seat. Agent Tedesco contacted the Air Traffic Controller and requested the coordinates for the nearest airport.

Agent Tedesco attempted to glide the plane with no engine to Pittsfield Municipal Airport, however, after gliding approximately seven miles he informed the Copilot to brace for impact. Unfortunately, with no engine and additional modifications for surveillance the plane could not reach the airport. Agent Tedesco knew he was going to crash. Agent Tedesco only had his flight instruments to tell his speed, direction and distance as the plane plunged into the dark of the night. At approximately 100 feet Agent Tedesco observed a row of massive trees. In an attempt to save their lives, Agent Tedesco aggressively adjusted the plane’s flaps causing the plane to gain just enough elevation to miss the trees and crash in a clearing.

Agent Tedesco has dedicated his life to the service of our country. Agent Tedesco served as a Police Officer for the City of Waterbury, CT. Agent Tedesco was selected for a special position as a Community Police Office and advanced to the position of Sergeant. After 10 years of Police service, Agent Tedesco continued to service with U.S. Customs and Border Protection as a pilot flying missions for Federal, State and Local Law Enforcement Agencies.

The Copilot credits their survival to Agent Tedesco’s actions under extreme conditions and believes if not for Agent Tedesco’s elite skills they would have both died that night. Agent Tedesco and the Copilot had to be rescued by boat and ATV after crashing in a rugged forest. Agent Tedesco suffered severe eye and facial injuries. Agent Tedesco was airlifted to Boston for emergency eye surgery. The surgeon informed Agent Tedesco that he will need at least five surgeries over the next year and will never have normal vision.

Agent Tedesco has a wife and two young children. Agent Tedesco is the sole provider for his family and this tragic accident will directly impact his family emotionally and financially. Agent Tedesco is stationed in Peru New York and his wife will have to transport him frequently to Boston over the next year for medical treatment. This accident has also negatively affected Agent Tedesco’s future retirement earnings as he planned to continue to support his family as a pilot after his service was completed.

Agent Tedesco and his family are in need of our moral, spiritual and financial support.  Any donation, large or small, would be greatly appreciated. 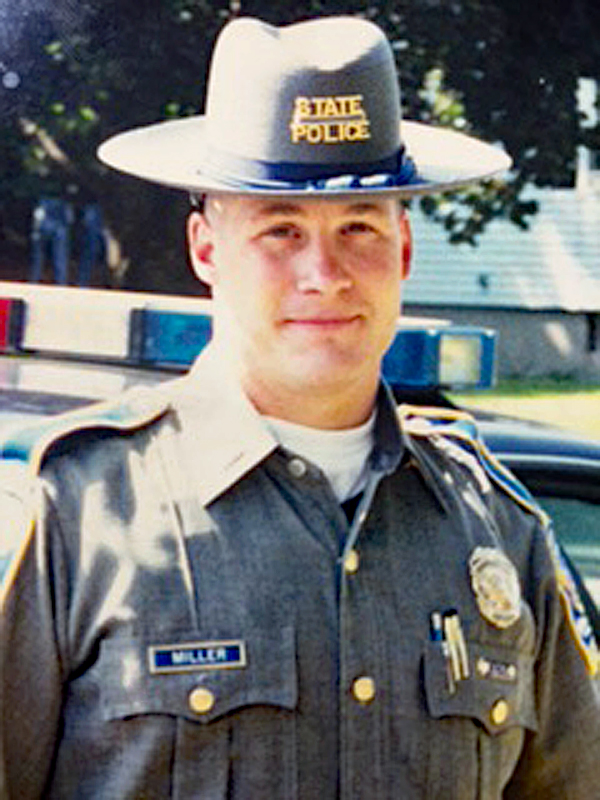 On 03/29/2018 at approximately 12:30pm Trooper Kevin Miller was killed in a motor vehicle crash on eastbound I-84 in Tolland. His patrol car collided with the back of a tractor-trailer that was traveling slower than other traffic in the right lane of the interstate. Trooper Miller was a U.S. Marine Corps veteran. He had served with the Connecticut State Police for 19 years and was assigned to Troop C. He is survived by two children. Trooper Miller leaves a legacy of sacrifice, service and dedication.  He served his country, his state, his town and most importantly, his family and friends.  We lost a father, a brother, a son, a Trooper and most of all a loving caring man.

Trooper Miller’s family is in need of our moral, spiritual and financial support.  Any donation, large or small, would be greatly appreciated. 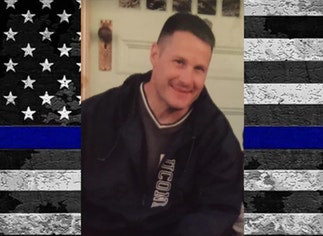 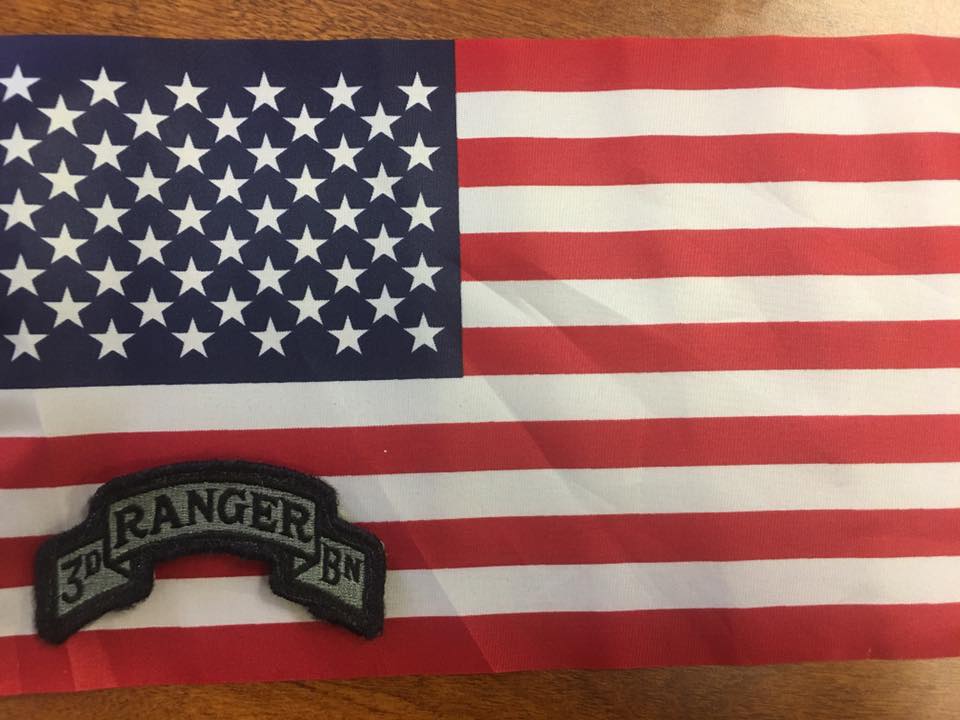 To all the CSC Family: As many of you know, the 3/75th Army Rangers come every year and compete in the CSC. Well they need our help. Their team leader, Hamilton K. was serving valiantly in Afghanistan on his 15th combat deployment with his fellow Rangers, representing all that is great about the American Warrior, when he was shot in the arm with a 7.62 rifle round. His arm shattered, Hamilton still somehow managed to board an evac helicopter and walk off it once it landed at …an Army hospital. He has since been flown to Walter Reed National Military Medical Center to rebuild his arm. One surgery down and more to follow, we want to raise funds to help him and his family as they embark on a grueling recovery. One dollar or one hundred dollars, it doesn’t matter, just please donate.